We made 2-D and 3-D shapes using marshmallows and spaghetti.

When we used long spaghetti, our shapes were shaky and unsteady, so we decided to break the spaghetti in half.  Our shapes became more stable.  We made squares, triangles, rectangles, diamonds, cubes, pyramids, and cuboids.

“I made lots of squares”, said Isabel.

“I liked the taste of the marshmallows”, said Dylan.

“I liked making x’s inside the squares”, said Aoibhe.

“I made a house, with a cube with a pyramid on top”, said Ellie Rose. 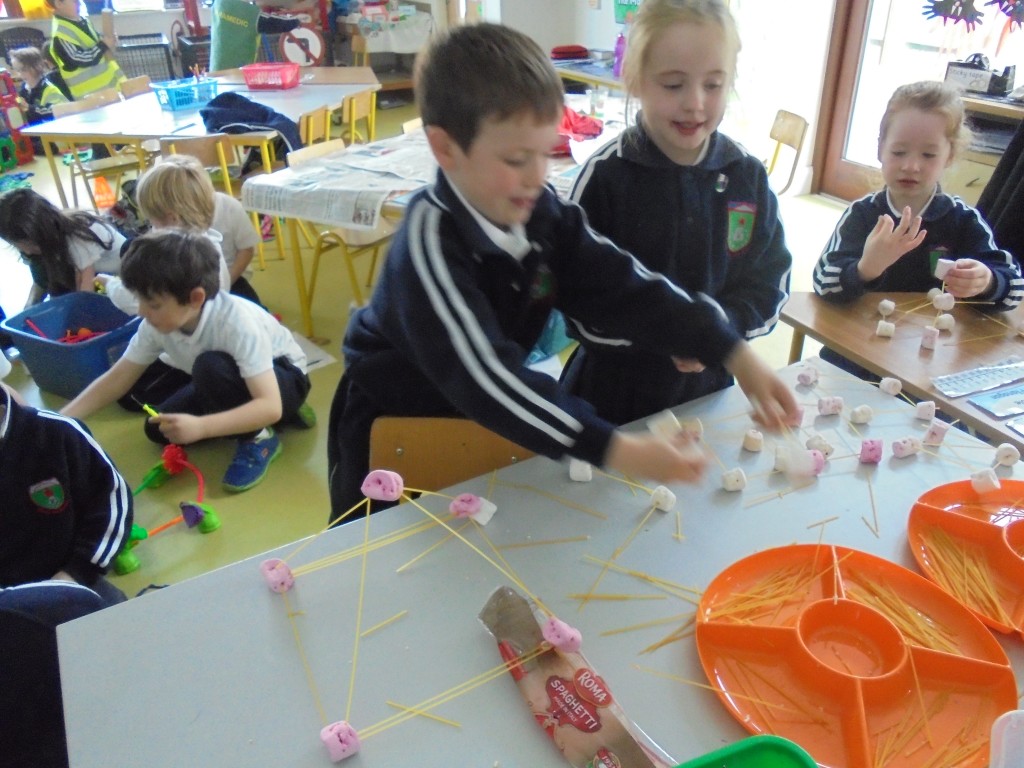 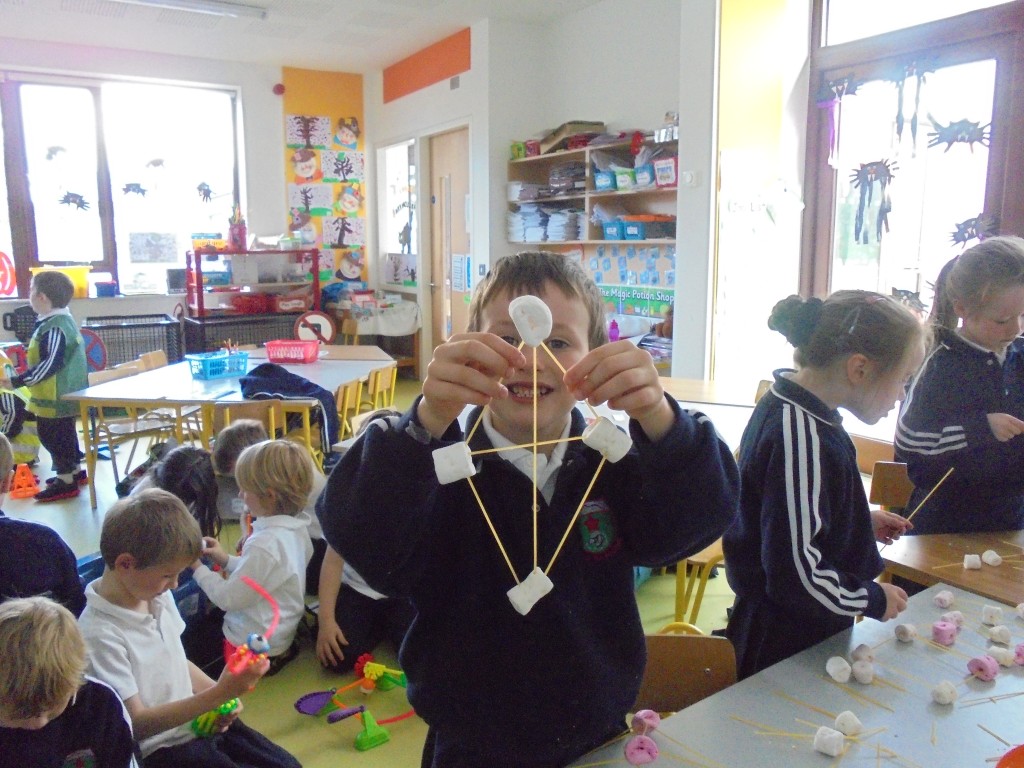 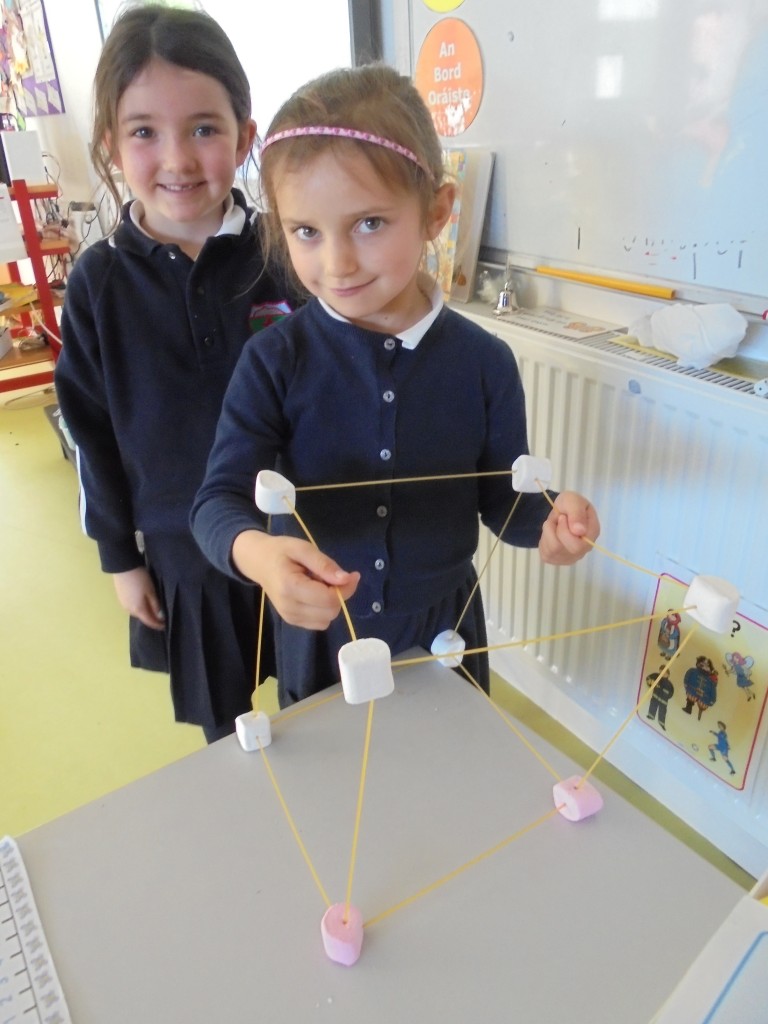 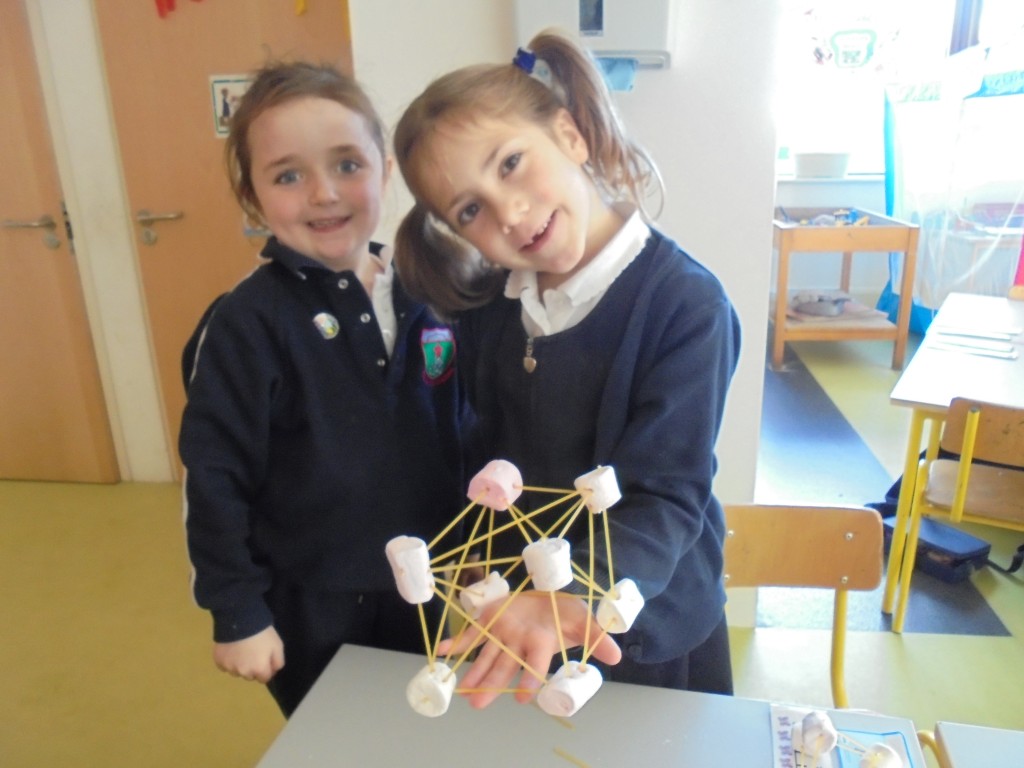 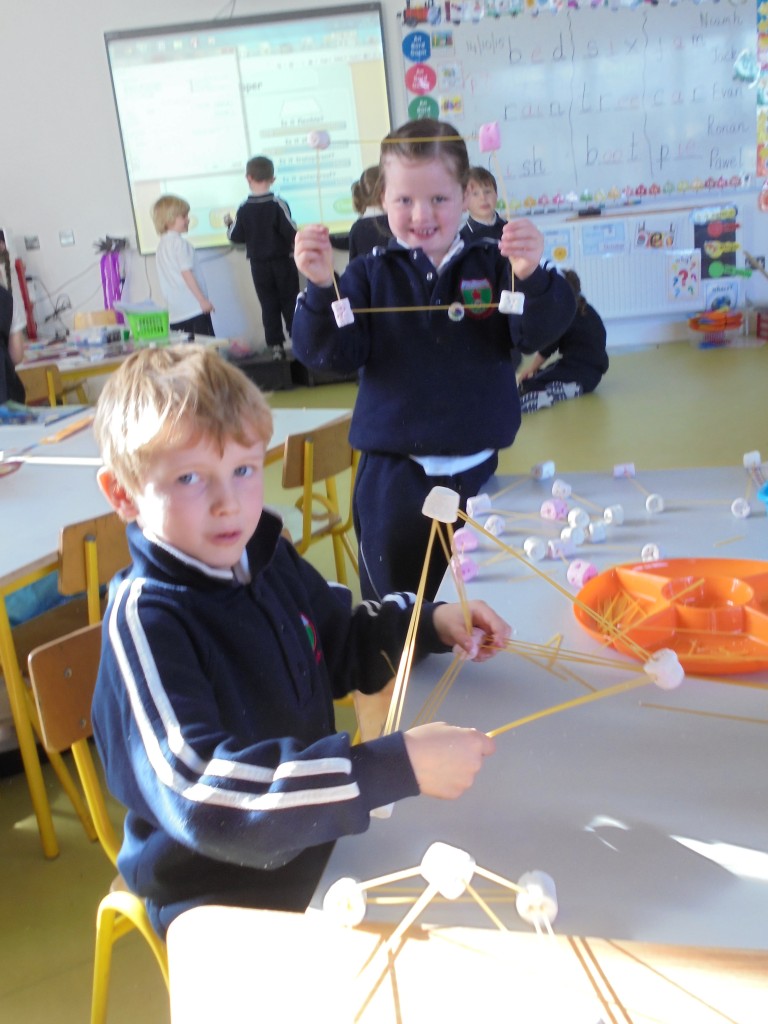 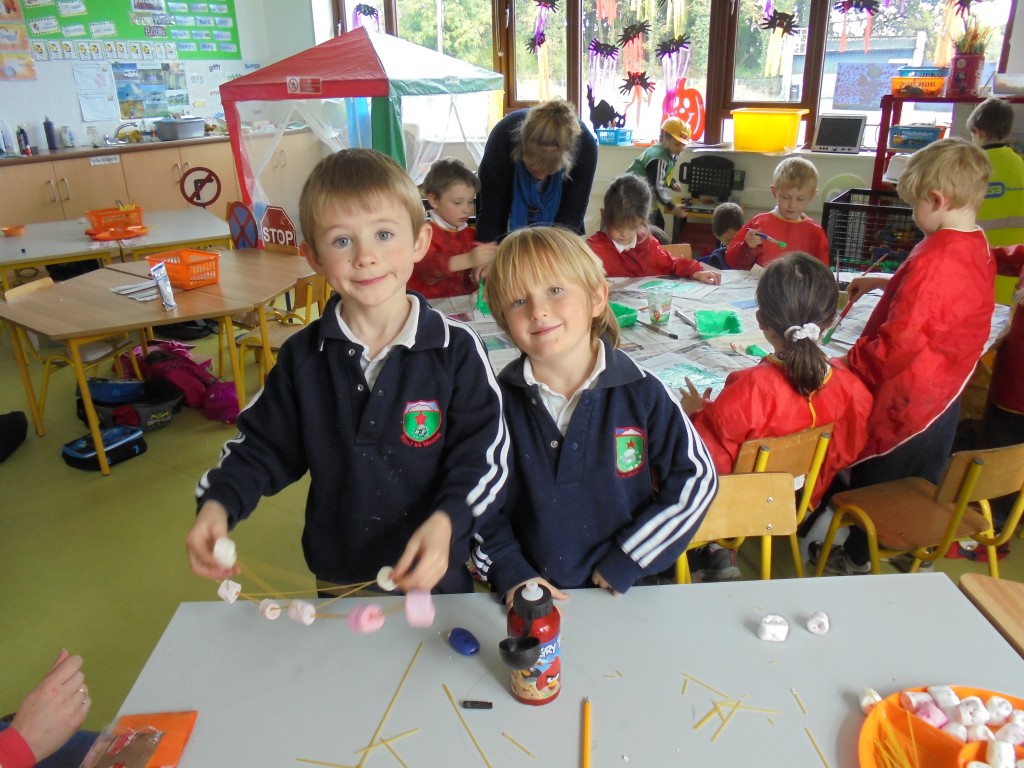 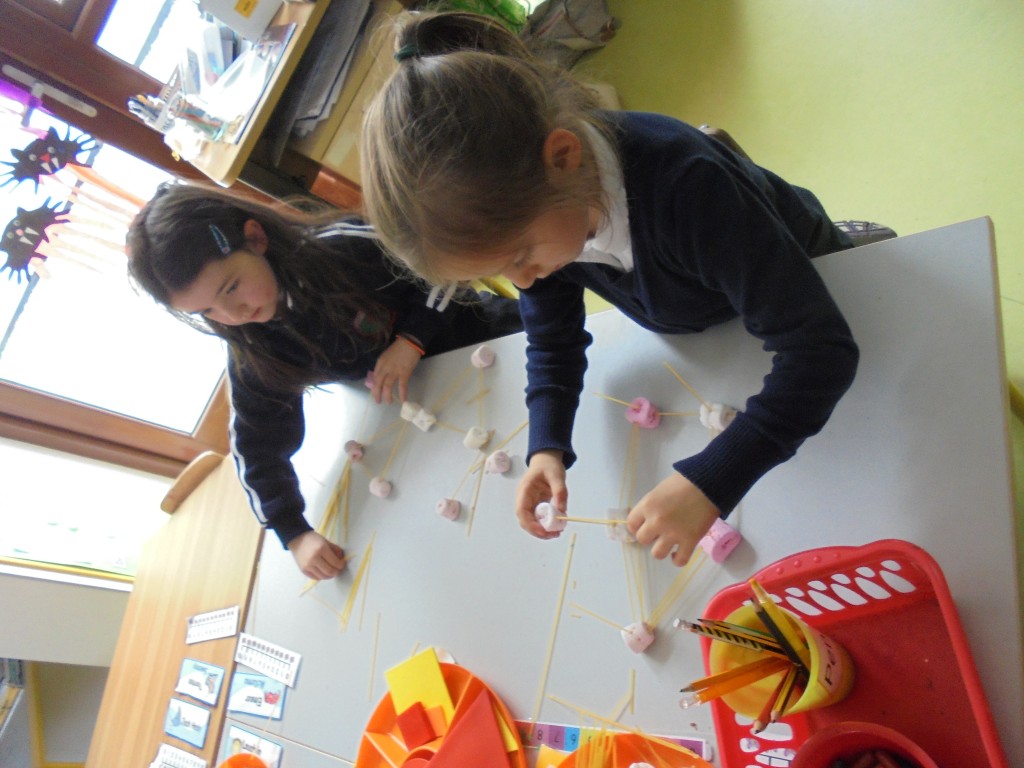