Over the past number of years, we have collaborated with parents, teachers, pupils and the wider community to produce a musical in the school hall. All pupils from 2nd – 6th class took an active part on stage in the musical.

The school musical is a mammoth undertaking, however it generates such a great sense of community, teamwork and, ultimately, the pupils derive great benefits from participation on stage.

The musical is presented in the school hall which is transformed into a theatre for the duration of the production, complete with stage, set, lighting and sound system. It’s a really exciting event for all in our school: pupils, teachers, parents and the whole community. So far, we have presented “Scenes From Oliver” (2008), “Scenes From Joseph” (2010) and “Dorothy in the Land of Make Believe” (2012).

Dorothy in the Land of Make Believe 2012 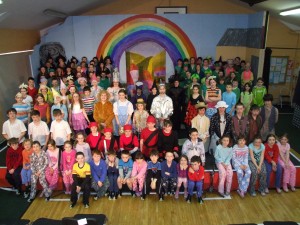 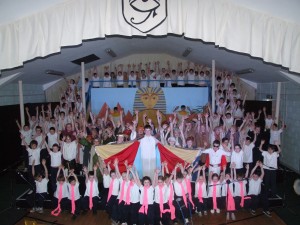 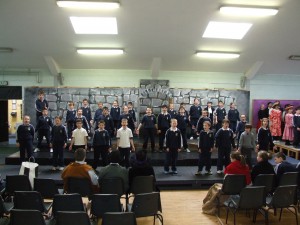