Carrowmore is one of the most beautiful and historical sites in Ireland. It is the largest cemetery of megalithic tombs in Ireland and it is on our doorstep! The tombs are spread over 3.8 sq km, in the shadow of Knocknarea.

There are approx. 60 sites ranging from passage-tombs to dolmens. One of the largest tombs is Listoghil, Site 51. It is a large stone cairn with carvings on its sill and capstone.

Senior classes go on tours of Carrrowmore as part of the SESE curriculum. It is an integral part of the school learning environment and never fails to surprise and excite the children.

Knocknarea is situated in Sligo between Ballisodare Bay and Strandhill. It is said that Queen Maeve is buried on the mountain and that the mound on the top is her cairn. According to local folklore, she was getting away from an enemy army that were trying to kill her.

There are beautiful views of both Ballisodare Bay and Culleenamore on one side and Sligo Bay and Benbulben on the other. To climb Knocknarea, follow signs for Strandhill/ Knocknarea and it will take approximately 25 mins to climb to the top from the car park. It is one of the most striking landmarks in the country.

We in Ransboro N.S are lucky to be sitting at the foot of this beautiful mountain and classes get to climb it as a treat some years. 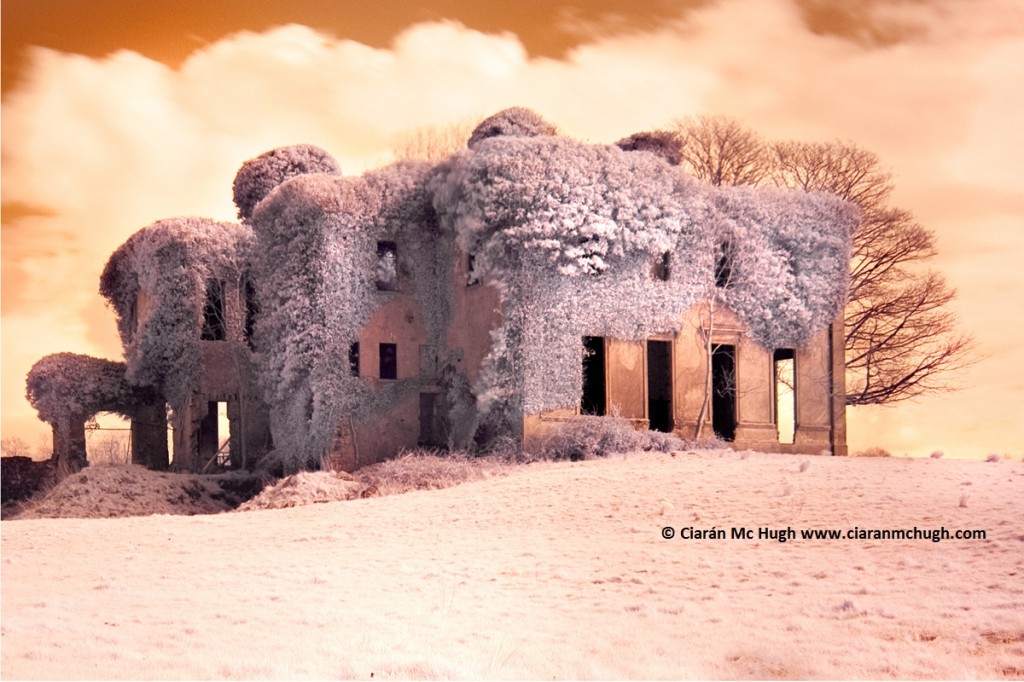 It’s an old ruin today, in a field close to the sea, just over a mile from Ransboro School, close to the main road from Ransboro to Strandhill. But when it was built in 1840, it was a mansion with 23 rooms. The architect was Sir John Benson from Collooney. The builder was Arthur Murray of Dublin. The contract price was £4,200 and did not include plumbing, decorating or the erection of the windmill- all of which cost an additional £1,400. This was a lot of money back then. The house had views of Ballisodare Bay and the surrounding countryside. During the landscape work, the houses of local tenants were demolished and the stones were used to build the boundary walls of the estate. These can still be seen in the Seafield area today.

When it was first constructed, the building was called Seafield House, but in 1899 this name was changed to Lisheen House. The owners were the Phibbs family. Denis William Phibbs inherited the house and some of the lands, which he sold to Isaac Beckett of Ballina for £1,400- less than one third of the original construction price. Beckett later sold the house to the builder John Sisk. In 1944, the Becketts sold the lands they owned to the late George Lindsay. Other lands on the Phibbs estate were bought by the Lindsay and Mc Dermott families. It was once said that Lisheen House was haunted by a poltergeist, but the Phibbs family denied this.

Many thanks to photographer and past pupil Ciarán Mc Hugh for permission to use images taken by him on this page. You can view more of his stunning images on his website www.ciaranmchugh.com