Last month, first class were learning all about the famous ship disaster ‘The Titanic’.

Although the story was very sad, the children found it very interesting and were very eager to find out more.

The children wrote about the disaster in their own words in the form of their own mini-book, which they read today with junior and senior infants.

They wrote character accounts, pretending to be a certain person on board the ship.

They wrote their own acrostic poem about the ship.

They also painted the famous ship for a beautiful display in the classroom. 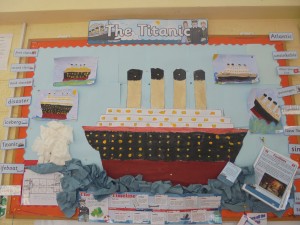 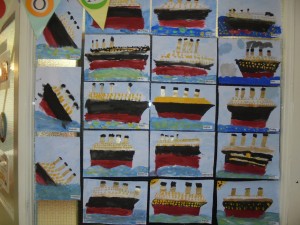 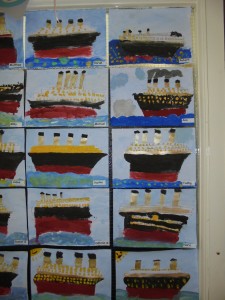 Many books and resources were brought into the class and greatly enjoyed by the children. Tadhg’s mum shared her wonderful Titanic model with us. We were able to put this in water and observe the compartments fill with water and the ship sink. She also let us see  a morse code radio transmitter. They were both very interesting. 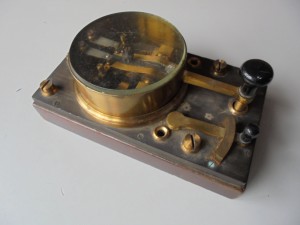 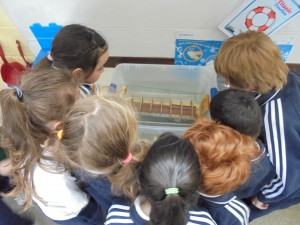 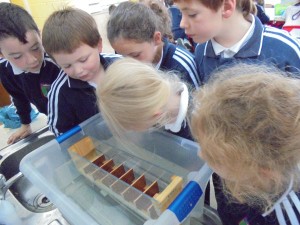 The children designed and made their own boats, and tested them in water to see if they would float or sink. There were some very interesting designs! 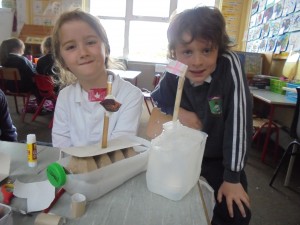 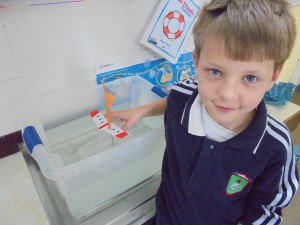 We decided to share all we had learned with the other children in the school and so performed an assembly. The children dressed up as characters from the Titanic- we had first class, second class, third class and even captains and stewards! The costumes were better than I could ever have imagined. When they came into school in the morning they had to ‘come aboard the ship’, handing in their ticket as they entered the classroom. They then found their respective restaurants, cabins and captains quarter in our classroom. After some drama and fun in the room, the children then made their way to the hall to share all they had learned with a vast audience of staff and children. They were so brave!

The children told the story of the Titanic along with pictures on a powerpoint presentation, and they finished with a poem they had learned. They were awarded with a very loud round of applause! Well done 1st Class!

By Alex B., Hartland, WI

April 14th, cold as can be
Everything seems calm and peaceful at sea
Cruising slowly along, making there way
Pillows are where passenger’s heads lay 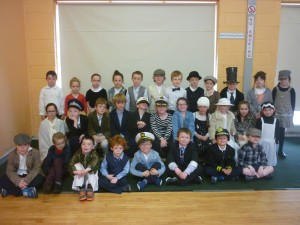 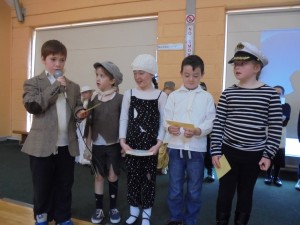 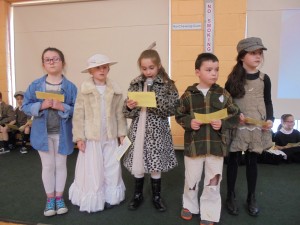 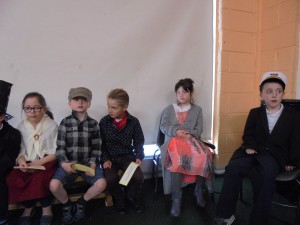 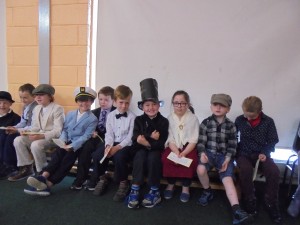 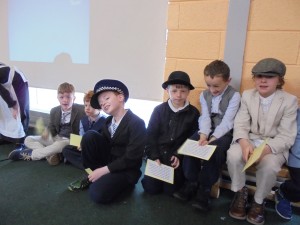 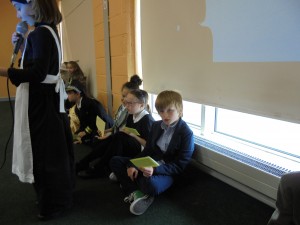 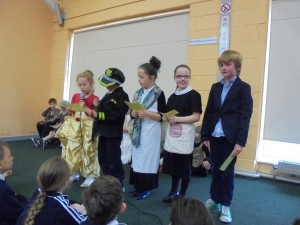 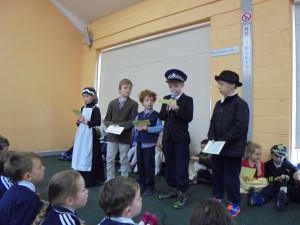 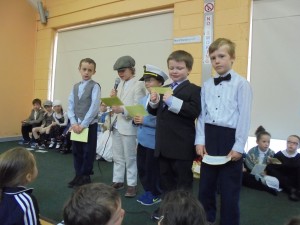 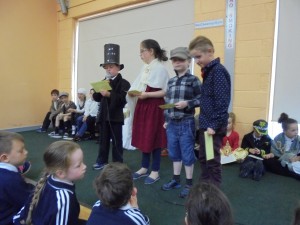 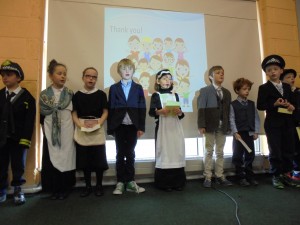 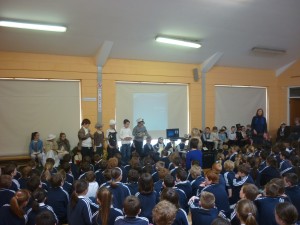