We enjoyed reading Flat Stanley as our first novel.

Thank you to all the parents who sent in photographs of Stanley with members of second class.

We worked in small groups to write about the story or the different activities we participated in.

Stanley Lambchop got flattened by a bulletin board that fell on him while he was sleeping. He caught sneak thieves pretending to be a shepherdess in a painting. He was flown as a kite by his brother Arthur.

We cut Stanley out, coloured him in and laminated him. He went back in time to the dinosaurs. Stanley had a great time. 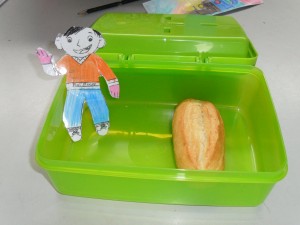 We painted portraits of Flat Stanley. We made a Flat Stanley and laminated him. James and Alfie put him in their lunch boxes. Oisín put him in his nerf gun. 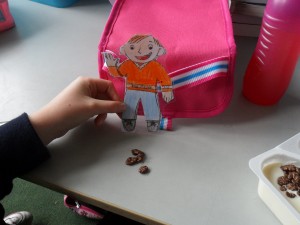 We liked Flat Stanley very much because he was used as many things. He was flattened by a bulletin board and used as a kite. The bit we liked the best is when he was a picture to catch the thieves.

We took photos of our Flat Stanleys. It was fun. 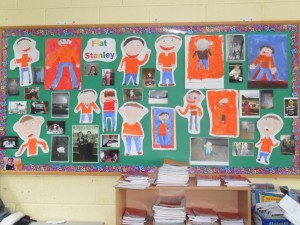 We wrote diaries for Flat Stanley. We made our own Flat Stanleys and laminated them. We took photographs of ourselves with Flat Stanley. Brooke brought hers on her horse, Orna put him in her doll house and Zoe took him to McDonalds.

We drew a picture of Flat Stanley flying. 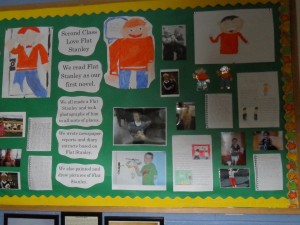 Stanley Lambchop was flattened by a notice board over night. When he woke up he didn’t notice anything and was very cheerful. We painted Flat Stanleys and laminated small ones. We took photos of ourselves with them and put them on the front notice board for people to look at. 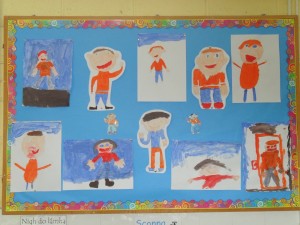 We made Flat Stanleys then went to places and took photos with him. Fraser took a photo of Flat Stanley with his hens.

In the novel Stanley gets flattened by a bulletin board. He rescues his mum’s ring from a shaft. He gets sent to California in an envelope. Stanley is used as a kite all because of Arthur’s idea. Stanley catches two dangerous thieves named Max and Luther. We took photographs of Stanley where we went. We made Stanley paintings. 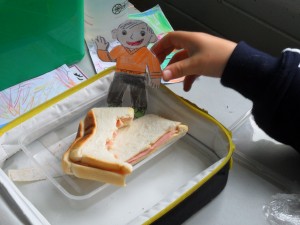 We made mini Flat Stanleys. We brought them around the place, took photographs and brought them to school. We did art about Flat Stanley, we painted Flat Stanley. We also wrote newspaper reports. It was fun! That was what we did. 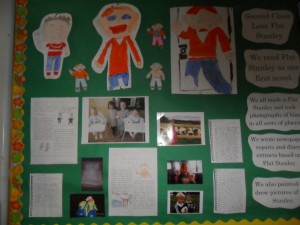 Our favourite bit of the story is when Stanley catches the sneak thieves. He had to dress up as a shepherdess and he looked funny. 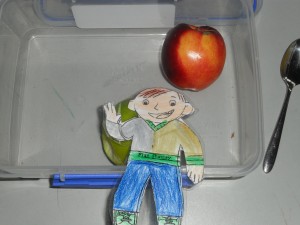