Post written and typed by Joe, Lucy and Emily B.

We visited Parke’s Castle on Monday the 19th of September.

We had lots of fun on the bus to the castle.

When we got there we were amazed at how old it was.We went into a separate room and saw a small clip of all the monuments around Ireland for example our local Carramore Tombs, Drumcliffe church and High cross.

Afterwards we went to the tower (where soldiers lived). We had to sit down against the wall and imagine we were all sleeping in a cramped room. It was very uncomfortable!

Next we went to the Sweat House. It was like a sauna. People used to go there when they felt sick. It would make them sweat a lot and after they would jump into the lake. They believed it made them better if they were ill.

Then we went to the Pigeon Tower. There were two reasons as to why this was there. One of them is that, their ‘poo’ was used to make gun powder. The other reason the pigeons were kept is to be eaten if they became trapped in the castle during a battle.

During the tour of the castle we found lots of big holes in the wall. They were bigger on the inside and smaller on the outside.This helped people aim their guns and shoot out from the inside and it was very hard for people to shoot in from the outside. They are called ‘Musket Holes’.

We learned a lot on our tour and had so much fun at the same time!

When we came back to the classroom we discussed what we learned and enjoyed the most. We found the castle on a map and labeled pictures from our tour. We wrote what we learned into our copies.

Here are some pictures of our day out. 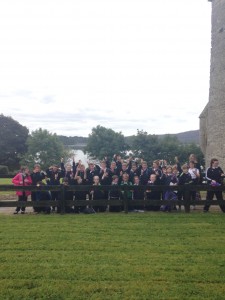 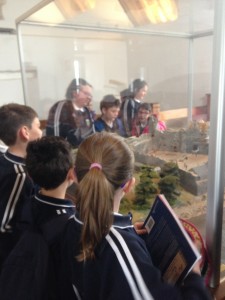 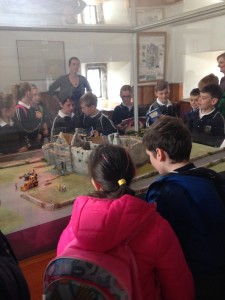 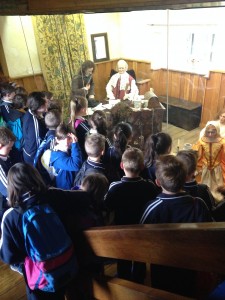 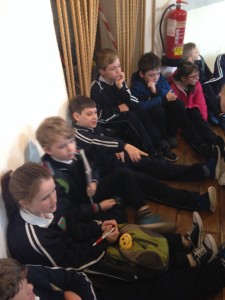 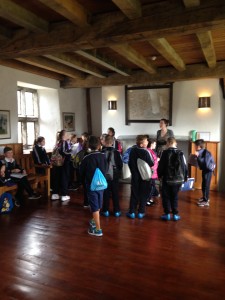 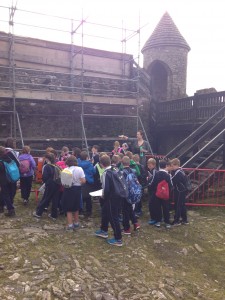 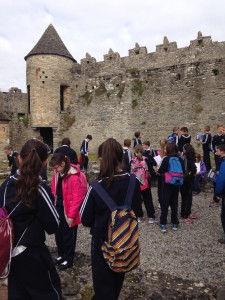 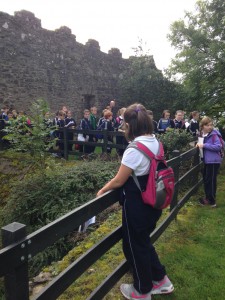 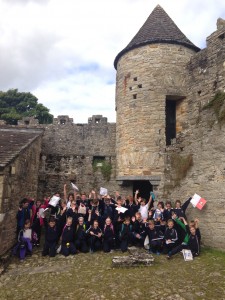 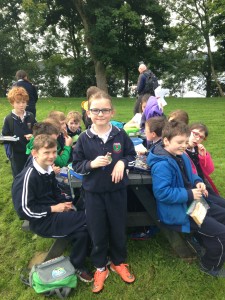 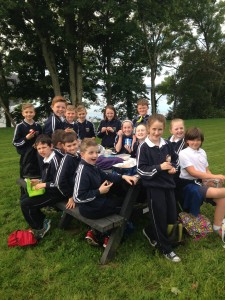 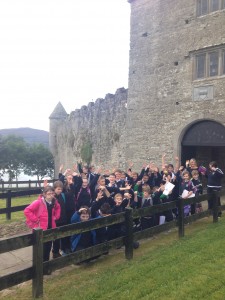