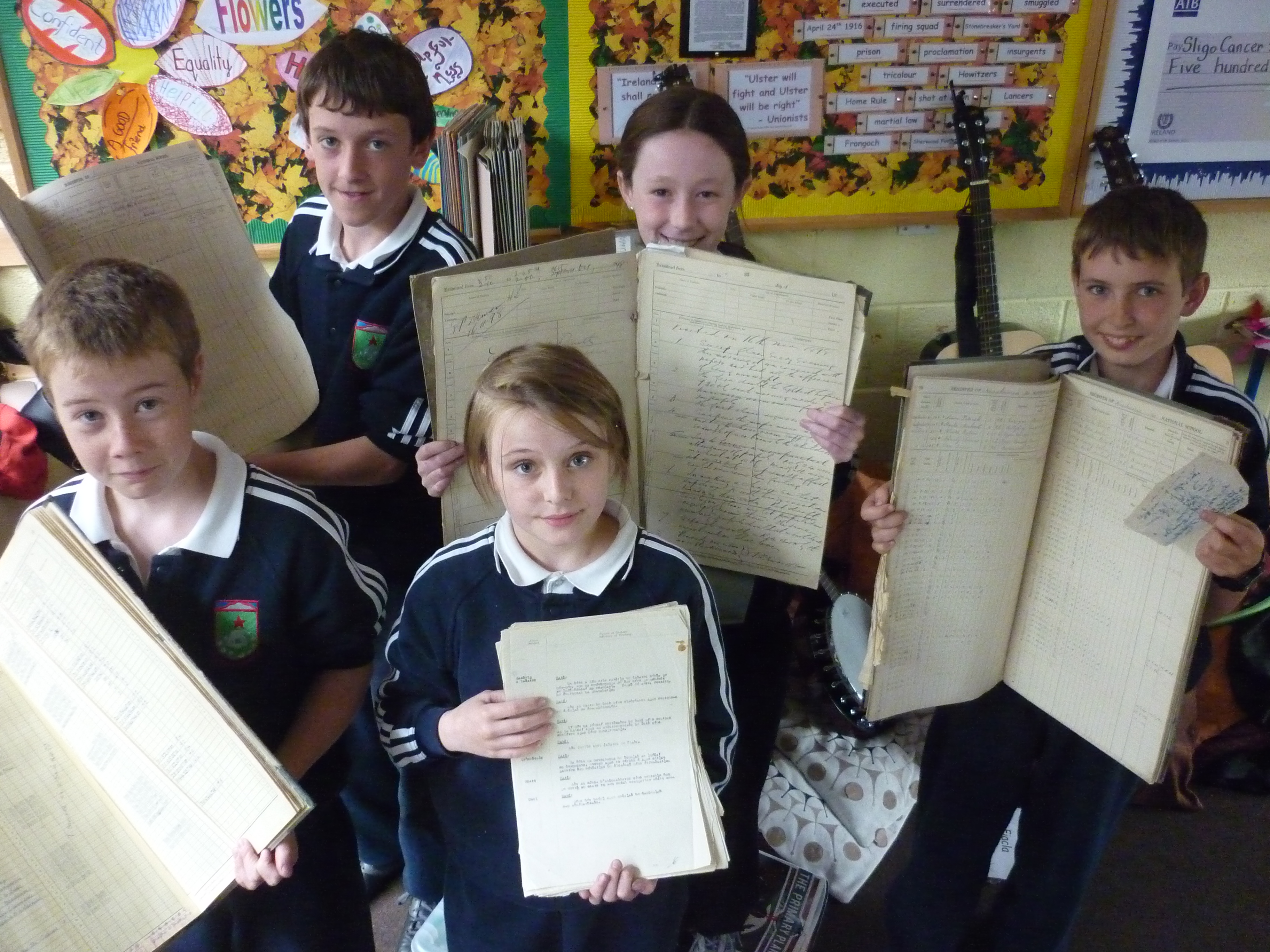 This week we have been looking through old roll books from Knocknarea school. The writing in the books was difficult to read, some of it was in old Irish. Some people found their relations in the roll books. One of the books dated back to the 1800’s. The books were very old and dusty, with a musty smell. There was blotting paper in some of the pages. We also looked at a District Inspectors Observation Book. Many of the pupils left school early to help out at home. A few of the pupils emigrated to America. Children moved to The College of the Immaculate Conception, The Model School and The Technical School. 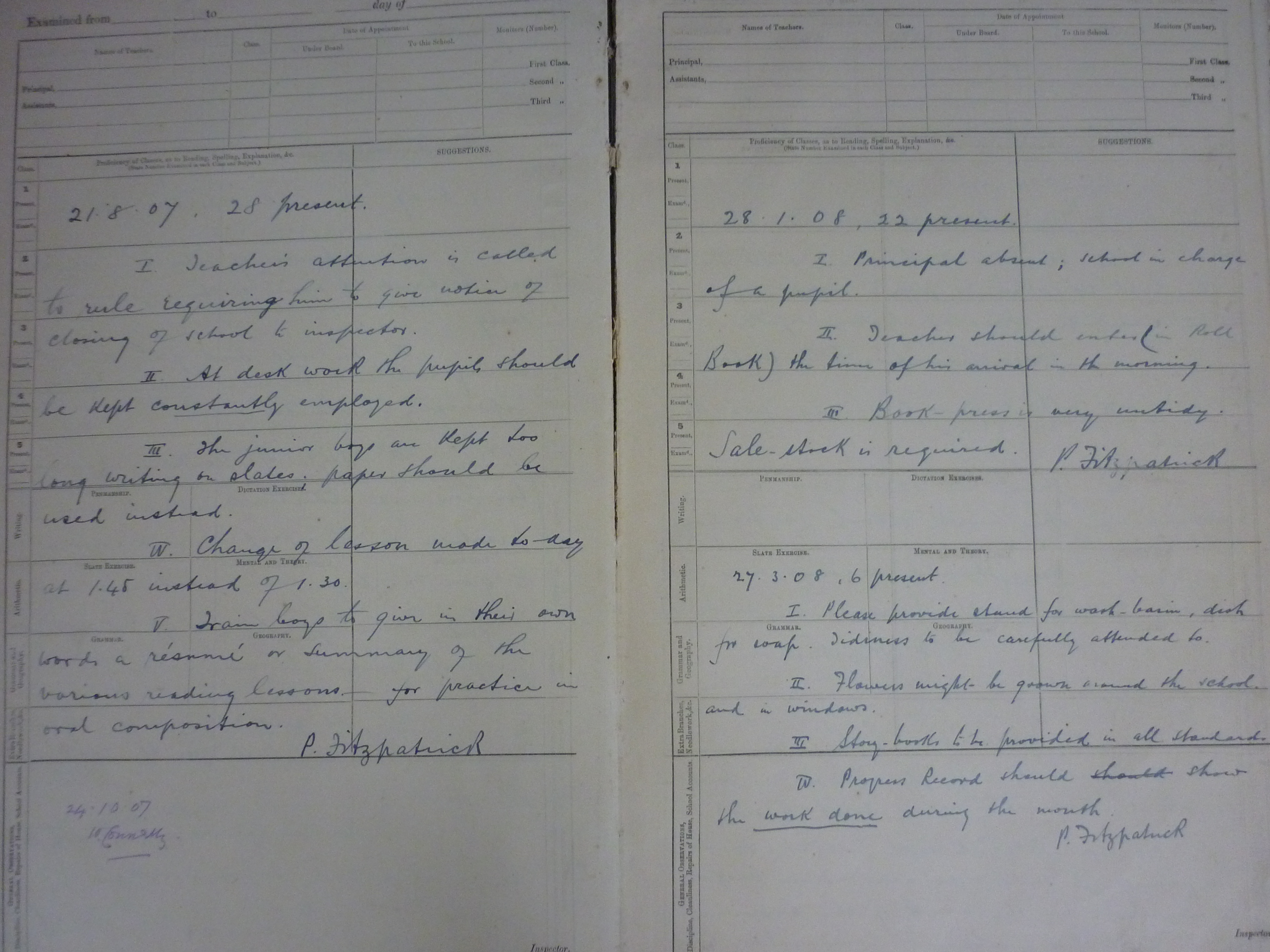 We learnt lots of information about school life at the time. We learnt that the children wrote on slates with chalk instead of paper and pen. Every morning the teacher had to clean out the chimney, light the fire, fill the oil lamps and coal scuttle.  The older children collected the turf from the shed. If a female teacher married she was excused from her job. A male teacher had an evening off for courting and an extra one if he went to church regularly. A male teacher had to have a reason if he went to a public house, went to the barber to get shaved, if he smoked and if he drank any form of liquor. 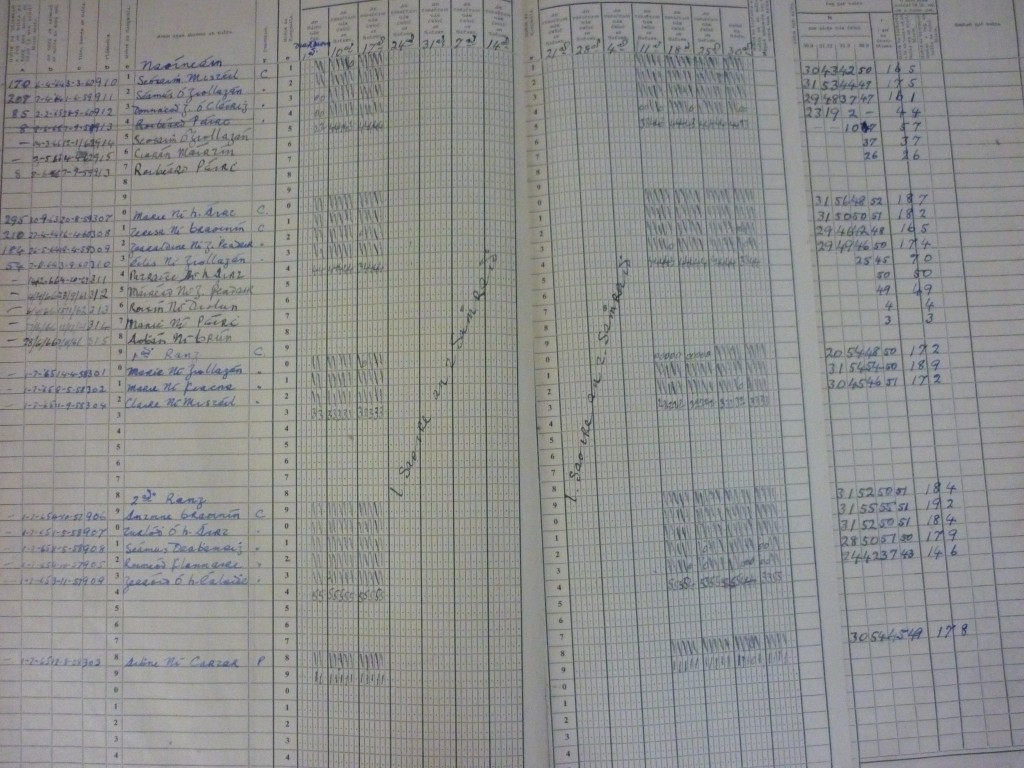 One of the inspectors complained about how the boys hands and faces were dirty, even though there was a bucket of water in the hall. One inspector noticed that the principal was out and a pupil was in charge of the school! Another inspector pointed out how the children had the “evil habit of impunctuality” and were coming in late at half past ten instead of ten o’ clock. In one case 33 pupils were at five desks and the inspector suggested to use the sixth desk as well. The inspector was also complaining about how the classroom was dusty, that there was no door on the turf shed, that the out offices needed repairs and that there were loose slates on the roof of the teachers residence.

Our principal, Mrs. Clarke, told us a story about a brother and sister, now living in England, who came to this school to try to trace their relations. They found a relation in one of the roll books and they went to the local graveyard in Kilmacowen and found the grave of that relation. They left a note on the grave with their contact details. Unbelievably, when they arrived home in England the next day they got a phone call from a couple from Norway, who found the contact details on the grave. The Norwegian couple were their cousins and looking for the same relation. Since then they’ve had many family reunions. The English siblings later came back to thank Mrs Clarke and to tell her about their discovery.