5th class had a teddy election on Tuesday the 25th   of September. For homework we had to write an election speech about why our teddy should be ruler of the world. So we all stood in front of the class in turn and read our speeches. Some of the teddies were so cute and their names were class. These are some of the important quotes people stated.

“Mr. Brown Bear will negotiate with warring countries to resolve their differences.”

“Puddins will help the homeless and poor by giving out his home made cottage pie”.

“Hop is environmentally friendly as he doesn’t litter and would like to save rainforests”.

“Fudge will help the school renew the active flag because she is very active”.

“Bob is a secret superhero who will help you if you are in trouble.”

We had a secret ballot to decide the final five. We all had to pick the top five people we thought were worthy of being the teddy president of the world. The top five were decided. But there was a tie so the top six were decided. Here are the six names:

The six had to read out there speeches again. The class, Ms. Clarke and Mrs. McKennna had a secret ballot to decide the winner. In the end Fudge and Leah won. Congratulations Leah and Fudge. Well done to all candidates. 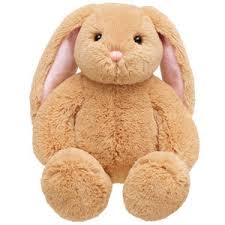 By Caoimhe O’ , Leah and Joshua