Martin Savage and the 1916 Rising 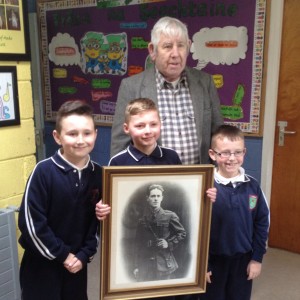 My grandad’s uncle was Martin Savage who dedicated his life for the Irish. He fought in the GPO in the 1916 Rising. He surrendered to the British and was interned after the Rising. He was executed in December 1919 during the War of Independence.

There is a road beside Lidl in Sligo called Martin Savage Terrace in his honour. I am very proud of my great grand uncle because he fought and risked his life for our country.

Today my grandad Peter Savage came to the school to raise the tricolour for Proclamation Day on his 76th birthday. He has a framed photo of Martin Savage and a copy of the proclamation. Peter’s wife Pat made a speech after the flag rising telling everybody about the meaning of the flag colours. 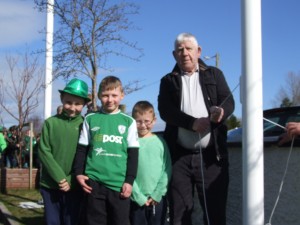