Today we were cooking in the school kitchen while the rest of the class were playing a Gaelic football match. We made four different desserts: Cottage Pudding, Rhubarb Trifle, Rhubarb Jelly and a Raspberry Mousse.

We went into the school’s organic garden to pick some rhubarb and then we went into the kitchen to start cooking. At first we washed and dried the rhubarb, sliced it into chunks and stewed it with sugar and water. We cut trifle sponges and then we layered them with the stewed rhubarb. We made jelly and poured it over these layers to make a rhubarb trifle. We mixed the left-over rhubarb and jelly to make a rhubarb jelly.

We then went on to make a raspberry mousse. We whisked fresh cream, melted jelly, whisked egg whites and mashed the raspberries. We then folded them all together in a bowl and left it to set.

For the Cottage Pudding we put some stewed rhubarb into an oven-proof dish and made a sponge batter to go on top. We used flour, egg, sugar, melted butter, milk and baking powder to make the sponge. We then put it into a pre-heated oven for 40 minutes until it was golden.

The cottage pudding was delicious. We had it with some whipped cream for lunch. The other desserts are still in the fridge setting and we will taste those tomorrow. 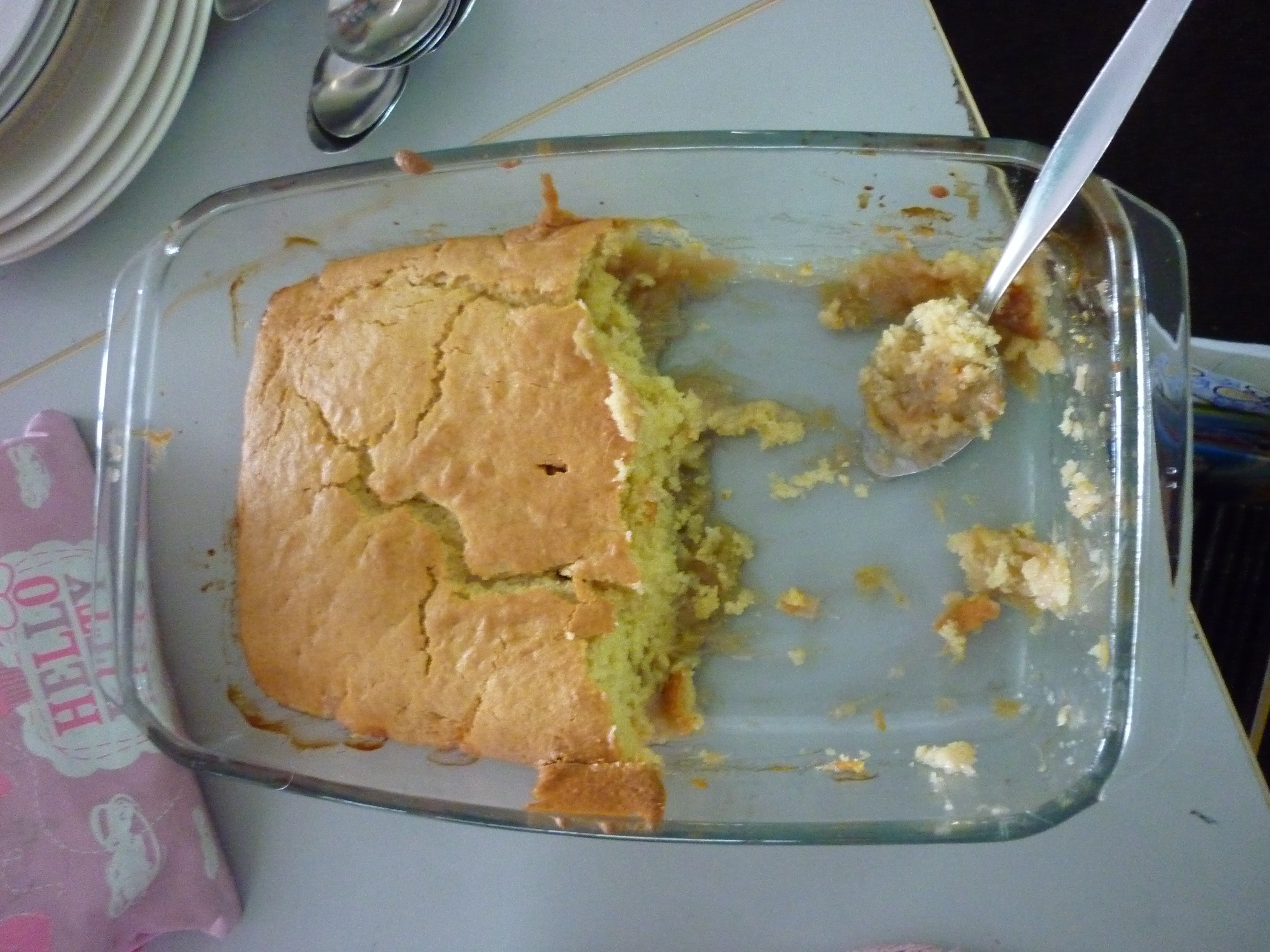