Pupils in 2nd to 6th classes have been taking part in the second phase of the Building Bridges of Understanding programme, which is the group work phase.

In this phase, the classes were divided into groups of 4 or 5. After an initial modeling session, the groups proceeded to work on their own, with the learning support and class teacher sitting in on different groups to give guidance.

At the start of each 40-minute session each group was given their group folder. 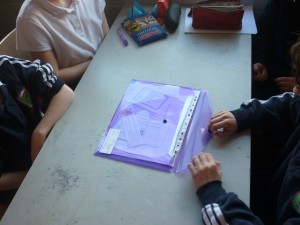 Inside in the folder were role cards, cue cards, WOW word flashcards, report cards, the group contract and the text for that session.

Firstly the children put the role cards face down on the table and each member of the group chose a role. The roles were – leader, prediction expert, questioning expert and declunking expert. The 5th role, where needed, was that of clarifying expert. 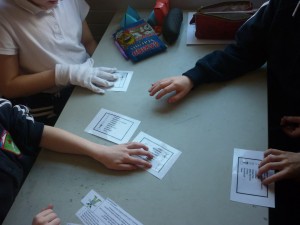 The children then chose the relevant cue card for their role. The cue card contains some prompts and suggested questions to support the children in performing their roles. 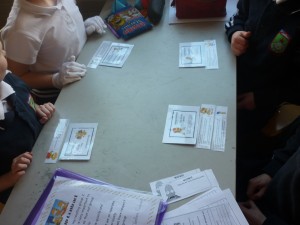 Children place their role cards and cue cards in front of them.

The group contract is left within view to remind the children how they have agreed to work together efficiently and respectfully. 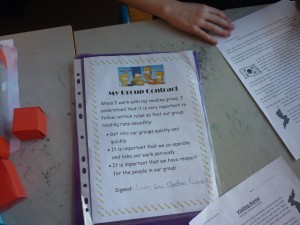 Group contract, signed by each member.

The children then read the text, using their strategies as they went along. Each expert encouraged others to use the strategy they were responsible for, and the leader kept everything running along smoothly.

Here are some of the strategies in use: 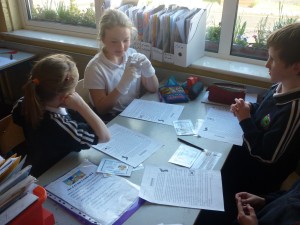 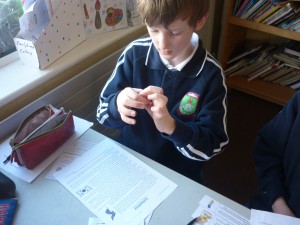 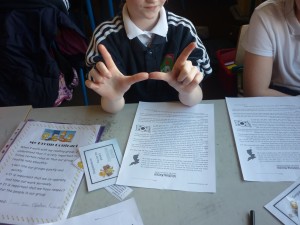 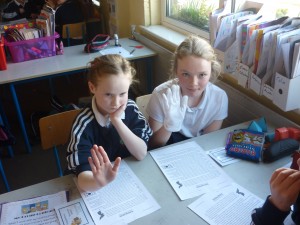 I want to respond. 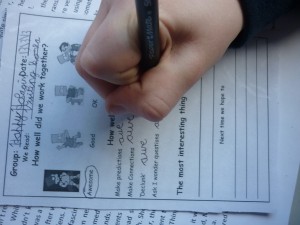 Filling out the report.

Any words which the group had had to ‘declunk’ or decode, or which they had found interesting, were written on ‘WOW’ word flashcards. These were then displayed on the class ‘WOW’ word wall. 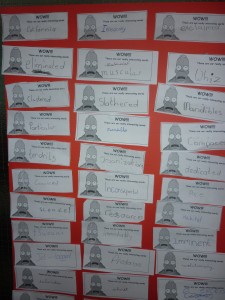