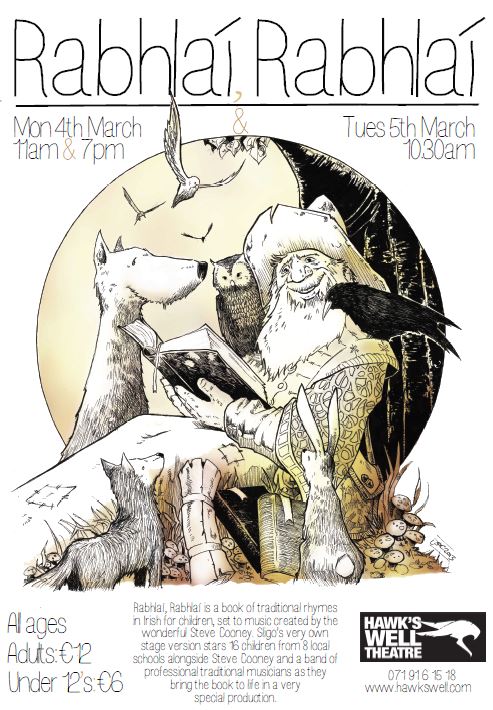 On Monday the 4th of March our school went, from snr infants-6th class,to the play Rabhlaí Rabhlaí in the Hawk’s Well Theatre, directed by Mr.Damien Quinn (the 6th class teacher). The first thing to grasp the audiences attention was the detail in the design of the set.

Most of the play was set in the seanbhean’s house. Some of it was set outside. We had four children from our school in the play. They were Aaron (Rang 4), Maeve (Rang 5) Kealan, Áine (Rang 1). There were many different things in the play including hopscotch, beanbags, poems, stories & Irish Dancing performed by Maeve,  Aaron  & Ciara.

Here is one of the Irish poems that was recited in the play: