Video Call on Poverty and Homelessness 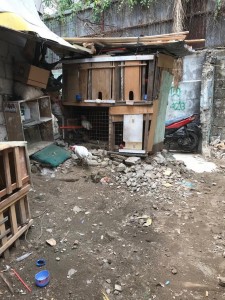 6th Class pupils have been recently learning about and discussing issues relating to poverty, famine and homelessness in the world. In Geography we have been learning about the term “Developing Countries” and looking at the causes of famine including war, drought, disease and natural disasters. We discussed a more equal sharing of the world’s wealth where richer countries could be encouraged to give greater financial help to very poor countries.

In Religion we further read about issues of justice in developing countries. We learned about farmers in these countries often not owning the land that they worked and how they were growing “food crops” to feed their families and “cash crops” to sell for money. We read about the work of Irish NGOs like Trócaire and Oxfam Ireland who are working in developing countries to develop FairTrade practices for local farmers.

It was in this context that we viewed images that Jean Quinn, Executive Director of UNANIMA International in New York, had taken on a recent trip to the Philippians. To say that the images had a profound effect on the pupils would be an understatement.

We viewed the “homes” that families were living in (pictured above), mostly self-constructed and the pupils were amazed at the conditions in which children especially were living. The pupils compared these primitive “constructions” to their own homes where they have every comfort the developed world has to offer. 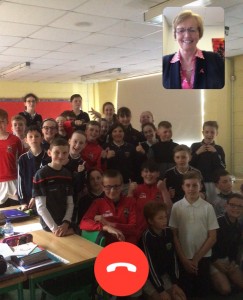 Jean kindly agreed to speak to the pupils on video via WhatsApp from the UNANIMA office in New York on the afternoon (Irish time) of Thursday June 6th. She spoke to the pupils about the homelessness and poverty that she had witnessed on her trip to the Philippians. She told them about her advocacy work with UNANIMA International in the United Nations and how she and her organisation are trying to advocate at the UN for homeless families throughout the world, especially women and children.

The pupils questioned Jean on the work that she has done and the countries that she has visited as part of her work. They were interested to find out more about poverty and homelessness in different countries.

Our call with Jean lasted almost an hour and it certainly made our book learning much more concrete when we heard at first hand the issues surrounding poverty and homelessness throughout the world. It’s safe to say that the pupils now have a deeper and a more enlightened understanding of these issues and hopefully they will, in their own way, become advocates for people living in poverty and experiencing homelessness.