Well done to all the children who took part in the amigos Gaelic skills challenge. The girls team consisted of Anna, Ellen, Lauren and Susannah and Hubert, Jack and Stefan represented the boys. Both teams performed well with the girls winning their competition.

On Friday Anna, Ellen, Lauren and I took part in the Amigos competition. We had to do three skills tests but only three players were allowed to take part in each test. The first test was a soloing time triall. Anna, Ellen and I did that one. That was the test we did best in. The second one was kick passing with both feet. Anna, Lauren and I did that one. We weren’t under time pressure for that one though. Anna, Ellen and Lauren did the last test which was shooting with both feet. Out of nine shots we scored seven.

After the tests were complete Liam Og Gormley and Ross Donovan gave us tips on how to improve our Gaelic skills. Then they announced that Ransboro had won the girls competition. 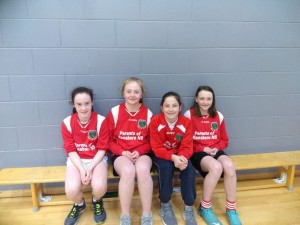 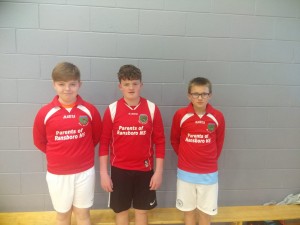 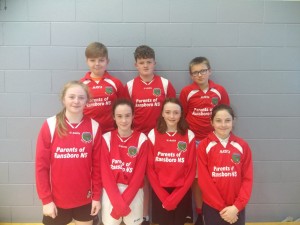