It was Chinese New Year on the 8th of February. 1st Class took part in a number of activities to acknowledge the famous festival.

They learned a lot about the weeks long festival. Such as-

Red envelopes with money inside them are given to children on New Years from their parents and grandparents. Two mandarin oranges are given to family or friends that are visited around this time. This is to wish them ‘Good Health and Prosperity in the New Year’.

This wish of ‘Good Health and Prosperity’ is very important to them on Chinese New Year. We learned a poem all about it.

“Gung Hoy , Fat Choy!”, (Good Health and Prosperity to you)

In China, every girl and boy,

In a very special way.

With fireworks and dragons,

They welcome in the New Year,

And chase away the old.

We had a fun quiz in the class to see how much we learned! There were two winning groups who got all the questions correct!

The children wrote what they learned about Chinese New Year and then created their very own Chinese lantern. 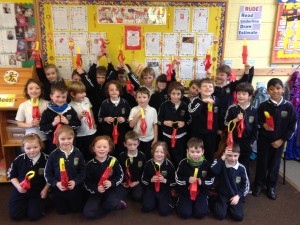 We had a special visitor to our classroom who looked quite familiar…Farmer John was dressed up in traditional Chinese costume and brought with him lots of Chinese items, clothes, smells and music. The children had a lot of fun exploring all these different things and then got to take part in a Chinese parade. 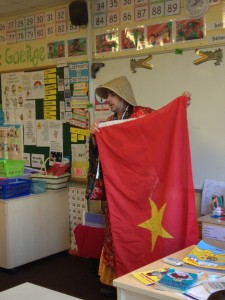 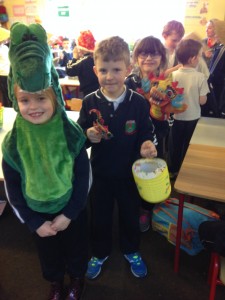 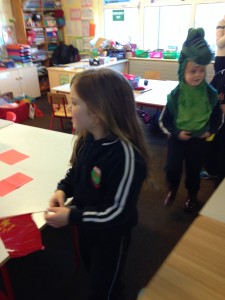 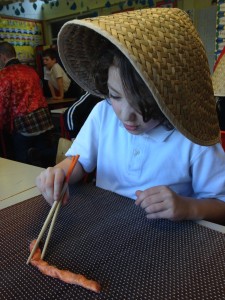 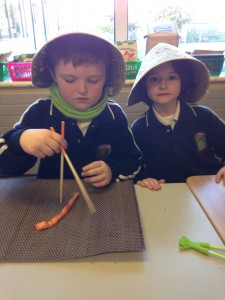 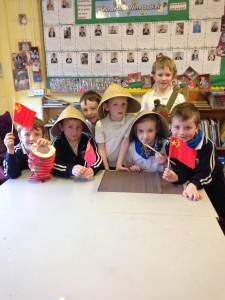 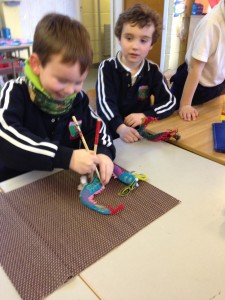 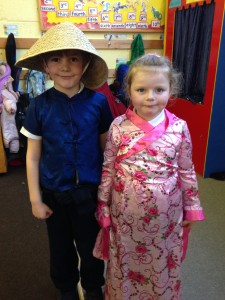 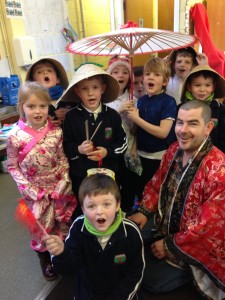