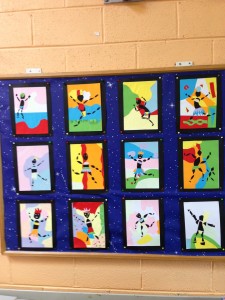 Sixth class have been studying the career of Henri Matisse, one of the most influential artists of the 20th century. Matisse was renowned for his expressive painting often without regard for the natural colours of the subject. Matisse’s work contained aggressive brush strokes and bold primary colours.