Home   News   Fairy Takes Up Residence in The Glen

Fairy Takes Up Residence in The Glen 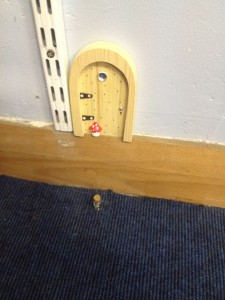 Last week, pupils in The Glen were surprised and delighted to find out that a Fairy has taken up residence. Her home just appeared overnight, and beside her front door was a bottle with a little key. Special instructions were left in The Glen telling pupils what to do. They named the Fairy Sparkle Jewel. When they arrived in school the next morning, there was no key in the bottle meaning that the Fairy had moved in.

She only comes out at night but we think that she will be keeping a close eye to make sure that everybody is behaving well and is doing their work.