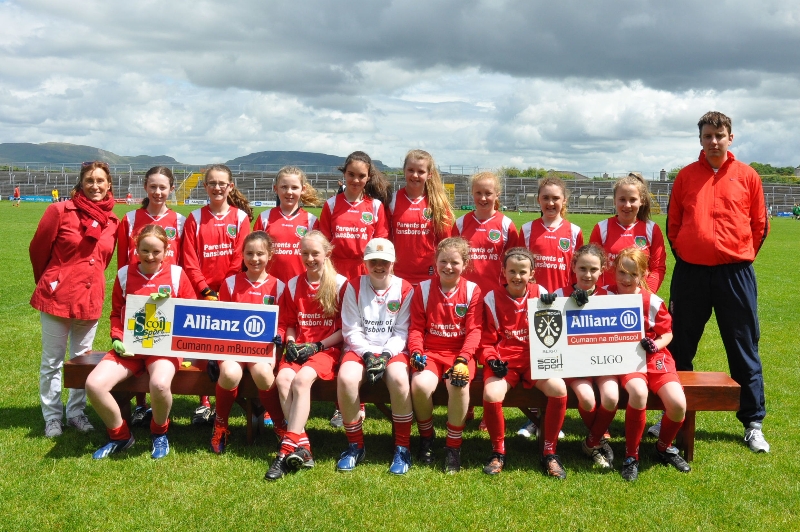 Saturday the 15th of June was the Cumann Na mBunscol final for the girls. The girls played some matches during the season to get to the final: Rockfield (Colloney), Strandhill and Calry.

The girls played in Markievicz Park Sligo. They were told to be at the pitch at 12:45 . They got to the pitch, togged out and went for a warm up. The girls got their photo taken by a photographer for the newspaper. They went to their positions and started the match at 1:30.  There was 13 people a side 1 goalie, 5 defenders, 2 midfielders and 5 forwards. At half time the score was 7-2 . They were playing against the Gaelscoil  who beat them on a score of 13-3. The Captain called out the team players names while they received their medals. After the match the girls met up and were treated to a meal in Mc Donalds. Overall it was a great day and thanks to all the supporters who came to watch.

View images from the day in Markievicz Park HERE