Mr. Mc Grogary took a team of 12 players ( 6 boys & 6 girls) to a  rounder’s blitz in Collooney.  To get on the team the players had to try out. The tryouts included catching the rounders ball  and Mr. Mc Grogary throwing the rounders ball which you had to hit with the bat. The more times you hit the sliotar, the closer you got to getting on the team.

The final team was: 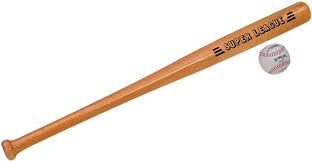 In rounders there are usually 3 or 4 bases. There is also a referee, a pitcher (the person who throws the ball) & a batter (The person who hits the ball and runs).  As well, people from the pitchers team stands at each base as a single for the batter. Any remaining players stand inside the bases and try to get the ball back to their pitcher before the batter reaches a base.

The batter has three chances to hit the sliotar and on the third try (even if s/he does not hit the sliotar) s/he must run. The idea of the games is to get more home runs than the other team. A home-run is when a player gets around each base. So when the batter is about to hit the ball you have to be ready to run and when he or she hits the sliotar depending on how far it goes you’ll have to judge if you will make it the next base. Two players can’t be at the same base at the same time the last player to arrive at the base is out. Each team gets three innings in a game. An inning is when each player in a team gets to bat. So each person will get to bat three times.

Well done to Mr. Mc Grogary & his rounders team, who played very well at the blitz.

By Leah and Amy