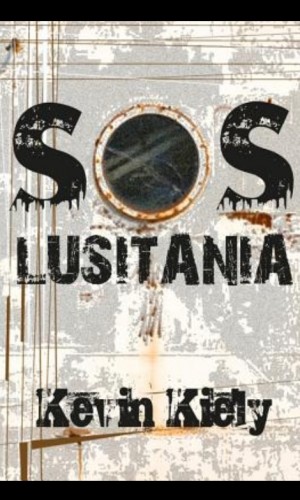 I just couldn’t put it down!

The standard of writing is brilliant!

I would absolutely recommend this book to my friends.

Thirteen year old Finbar is from Queenstown, Co.Cork. His father is the staff captain of a huge liner called the Lusitania. Finbar’s father has to work all over the world and Finbar misses him greatly whenever he has to go. He decided to sneak onto the Lusitania and follow his father to America. Finbar is found out to be on the ship, but it is too late… he was on his way to New York. Running errands for his father on the ship he gathers a lot of information. Are they really safe?

The main character in this book was Finbar. I liked his character as he seemed sensible but at the same time fun loving and adventurous. His father on the other hand was not so sensible and flashed money around. Sometimes it was money that the family didn’t have.

This book was based on fact as the Lusitania was a real ship, which during the World War I was torpedoed by a German submarine. I liked the way that the author, Kevin Kiely, wrote the book. He sometimes wrote in a specific accent which helped to make a vivid image in your mind. He also used very descriptive language so the book was really enjoyable to read. I made predictions using the methods we have been doing in school, and I got interesting results! Kevin Kiely wrote it in a way that you thought would be very predictable and yet it wasn’t, which I liked.

Even though this book isn’t a movie, I made a trailer for it using In a World Drama app.