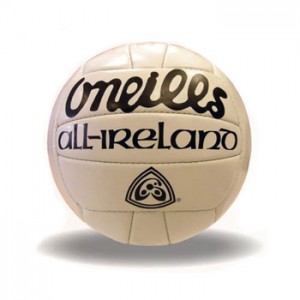 The Ransboro NS Gaelic football mini-league  is now well underway. This competition is being run in preparation for the Cumann na mBunscol inter-school competition which begins after Easter. All children from fourth, fifth and sixth classes were given the opportunity to participate.

The 49 boys and girls who signed up were divided into 6 teams. There are two groups of three teams with each team guaranteed two games. The top two teams in each group will progress to the semi-finals, with the winners of the semi-finals meeting in a final.

Matches will be played at lunchtimes over the course of 4 weeks. It is hoped to play two games each  week. Each game will last for 18 minutes and normal Gaelic football rules will apply.

The teams were picked by the team captains who are Adam, Alan, Kevin, Joseph, Rory and Alexander. Each captain also picked a county to represent. Dublin, Cork and Meath are in Group A. Tyrone, Mayo and Donegal are in Group B.

The teams are as follows: