We were learning about ancient Egypt. Jaime brought into school papyrus and a miniature sarcophagus. Cillian brought in some photographs of the pyramids. Sam brought a small death mask. Calvin brought in a clay scarab, a beetle thought to be sacred by thee Ancient Egyptians. We looked up where Egypt is on the map. It is on the North East of Africa. The river Nile is a very important river in Egypt.

We learned many things about ancient Egypt. Narmer was the first pharaoh and Cleopatra the 7th was the last. Hatshepsut was a female pharaoh and she dressed as a man. She even had a false beard. Ramasses 2nd had a hundred and sixty two children. Tutankhamun was a boy king and became a pharaoh at the age of nine. Howard Carter an English archaeologist found his tomb in1922 with 3500 items. Many of the items were made of gold

The Egyptians believed in life after death and they preserved the body using natron salt , oil and spices. A body preserved like this was called a mummy. The pharaohs were mummified and placed in a sarcophagus and then buried in the pyramids with treasure and even food. The Egyptians believed that the pharaohs were gods and they even had a god for cats called Bastet.

We made Egyptians masks and decorated our names in hieroglyphs.

Here is Ryan’s name in hieroglyphs. 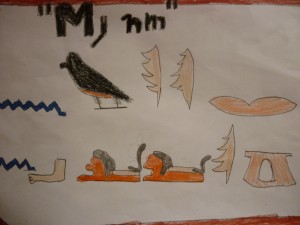 Here are some of our Egyptian Masks. 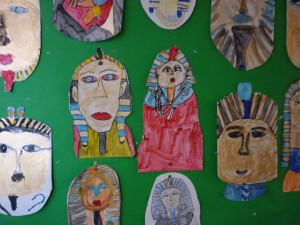 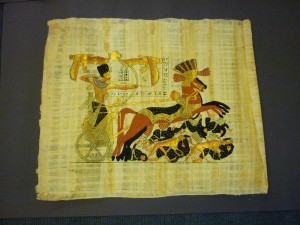 This is Anna’s project on Egypt. 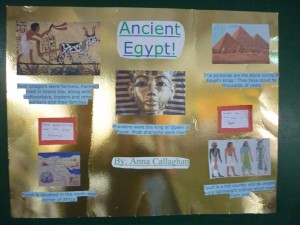